It is in the nature of Unitarian Universalism to draw on all religions, and on science and literature as well in the perennial human quest for truth and inspiration. This is not to deny or belittle our own tradition in Judaism and Christianity, but to affirm a broader loyalty to that which is expressed in universal terms.

In this particular UU congregation, that universal sympathy is announced and given dramatic expression by a representative array of signs and symbols adorning the walls of the sanctuary. It should be stressed that the array includes both signs, which serve primarily to identify a particular religion or human aspiration, and symbols, which, at a deeper level, serve to convey certain essential truths or meanings inherent in one religion or another. Pictures and credits for the design and production of these beautiful quilted wall hangings are given below.

How this Project was Begun and Completed

In February 1985, and just as an extensive building renovation was about to begin, the minister, the Rev. Peter Weller, noted in a sermon that a number of UU churches had incorporated symbol displays into their sanctuaries, and asked if there was an interest in doing something similar here. Several persons responded, including member Fern Leslie. When she offered her help as a master quilter, the project and the direction it would take were established. She proceeded to design, piece and applique each quilt. Helped along by a number of quilting apprentices, recruited by the late Joyce Boschen, the Flaming Chalice quilt was completed and mounted by the fall of 1986. The remaining quilts were finished and mounted in September, 1989. If the symbols convey an important message, the completed project also stands as an enduring tribute to the expertise, the artistic sense and the persistence of Fern Leslie. 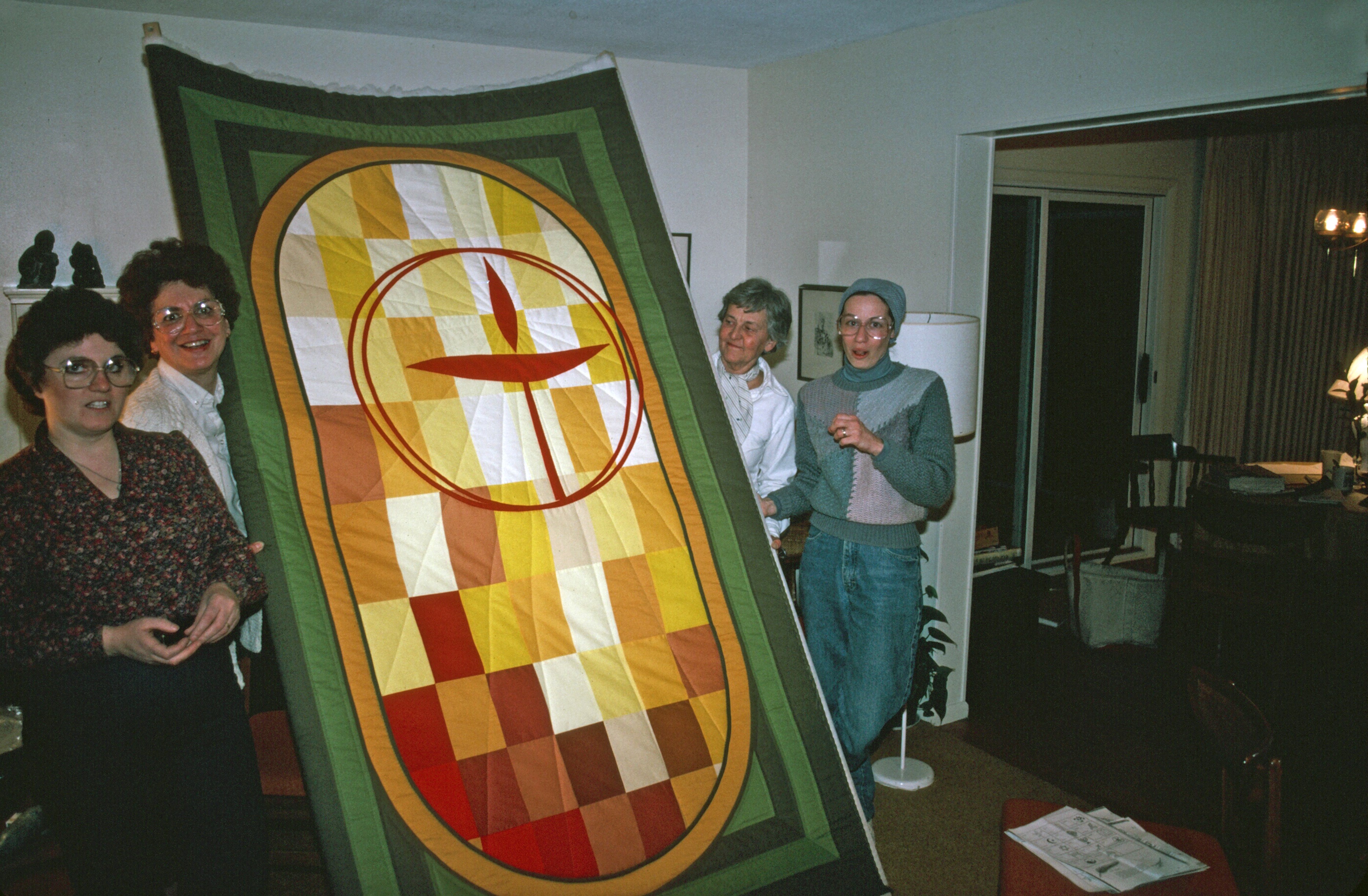 Monday – Friday 8-9am
and by appointment 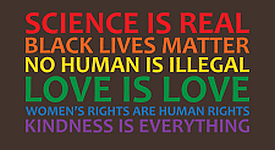 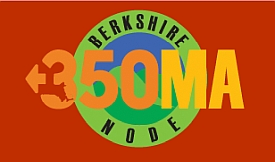